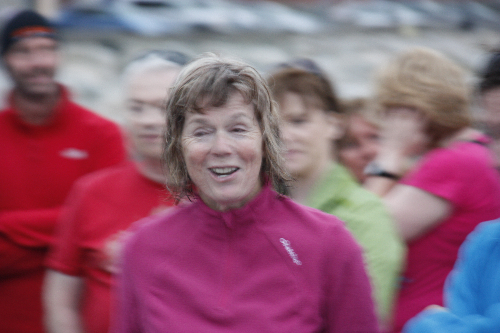 The “Tom Spillane” cup was held on Wednesday 14th August and is kindly sponsored by Anne Hudson and her family.  Weather and tidal conditions were very good for this 1400 metre swim down the bay, but there were hundreds of Jellyfish present, stinging many of the swimmers. Brendan Conway swam the race in a great time, despite being stung four times, to take first place, 2nd Pat Brennan, 3rd Gary Morton. “No Jellyfish were harmed during this event”

Sunday morning 18th August was packed with events starting at 10.15am with the junior sprints. Followed by the longest Junior challenge of the year. Kate Hills, National Children’s Officer, for Swim Ireland visited the club this morning to facilitate workshops for the young members of the club. Kate was also on hand to present the prizes of the Junior challenge to; 1st Niki Moulders 2nd Nathan O’Connor, 3rd Charlie Brennan, 2th Ava Frazer, 5th Robin Johnston, 6th Robyn Brennan. The Intermediates swam for the “Earls” cup, which is kindly sponsored by Eileen Earls and her family. Eileen and her daughter Tracey were on the pier to present the prizes to 1st Alexander Spencer, 2nd Emma Kristiansen, 3rd Aoife Marie Sheeky.

The Youths had a 1000 metre swim in choppy conditions and were accompanied for part of the swim by a friendly seal. Aine Cahill thanked the seal in her speech, for helping her keep up the pace to take first place, 2nd Oisin Nolan, 3rd Eleanor Dunne. Ninety one seniors raced for the “Brennan” cup. The first half of the race was in very choppy conditions against the tide and seen five swimmers retire from the race. Despite this Karen O’Brien swam a great race to take first place, just ahead of John Mc Call in second and Damien Leonard in third, 4th John Alvey, 5th Colm Corrigan, 6th Hilary O’Dwyer.

Racing for Sunday 25th August starts at 10.15am Junior sprints, 10.30am junior challenge, 11 am Intermediates; Clarke Delahunt cup, 10.30am Youths and 12 noon the “John Flood” bay relay, which is kindly sponsored by John Flood.