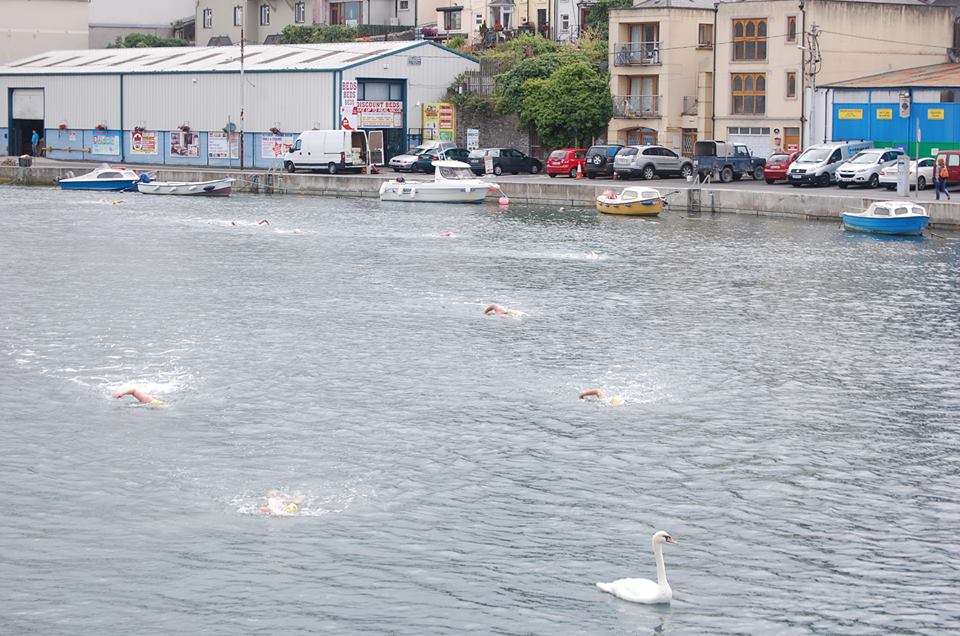 The club “Vartry” for the Fitzpatrick & Regatta cups was held on Saturday 15th August. The Fitzpatrick cup is one of the oldest cup in the club, having been first swam for in 1950. Jimmy Fitzpatrick, who actually swam in the first “Vartry” race was there with his family and sister, Betty, to present the prizes to the winners. Major Brennan won the Men’s “Vartry” for the third time, it has to be noted that, Major swam his first “Vartry” in 1952 and last won it in 1974. Donal McGuire came second in the men’s race, with Declan Marnane in third and Frank Smith in fourth place. Cliona Byrne put in a fantastic swim to win her first “Vartry”, with Ann Corcoran second, Stella Farrell third and Karen O’Brien in fourth place. The four swans that swam up the river with the swimmers weren’t recorded in the finishing times. Scott Morton had the fastest overall time while Roisin Hennessy was fastest for the ladies.